Nope, this isn’t Dragnet. (I know… most of you are too young to sing along…)

Bringing lunch to work is working!

It would even be better if I remembered to bolus! Today, turkey sandwich w/ some lettuce, some potato chips, some carrot sticks. BG at lunch time – 98, whoopie! Ate with friends (who are also now doing the “bag” lunch thing), it was nice. Until the Dexcom alerted a DOUBLE ARROW RISE. Huh? Then I was at 206 and my brain (yes, I do have one, it just doesn’t kick in sometimes) said, “Hey dope, did you actually bolus? Or were you so busy doing a happy dance with a 98 before lunch that you forgot…???”

Bolused just the lunch and by the time I left I was 95. Not bad. By the time I got home (it’s a 5 minute commute) Dexcom is blaring and I’m 59. Hmmm, didn’t feel that coming. But, when opportunity knocks, I take advantage. We have Girl Scout cookies! We have Samoas and Thin Mints. I had a couple of Thin Mints and all was good!

And for fun… The reno continues and here’s a photo of me arriving home. Notice the FedEx package. It’s the Dexcom replacement sensor from last week. I have them delivered to the office so they don’t sit out in the cold.

Called Endo #3’s office last week to make an appointment for March. She’s the great APRN/CDE physician I found in June last year. I drove home singing happy songs after our first appointment. I saw her again in September and it was another great appointment. She is a definite “I can do this” person. She’s also Type 1.

I didn’t ask, just stuttered (it’s not the receptionist’s fault) and agreed to see the Endo in that office. I then contacted my Animas contact, and the CDE I love (that insurance won’t pay for). Neither of them had any clue that she was gone, let alone where she’s gone. I’m hoping to find out what happened.

But you know, it sucks. It’s not fair. This finding an Endo thing is the pits. Living in the boonies makes it even worse. There is one endo in the town near us. He was nice. He’s the first person who said “Lada” to me but, his goal was, “We’ll work to keep you from taking shots as long as possible.” AND – wouldn’t do the Lada testing (which I wouldn’t have known about except for the DOC). He said it wouldn’t change my treatment, was expensive and so made no sense. I switched.

Endo #2 (a CDE/APRN) was also pleasant. Did the tests. Changed my diagnosis. But – we just didn’t seem to click. Actually, I think she thought I was a little nuts. Oh well, story of my life. She IS the one who started me pumping, after I asked… She also didn’t do the training and that’s how I ended up working with a CDE in the Diabetes Education Office. We clicked and I’d be happy to work with her but, insurance won’t pay for that as she’s not in an endo’s office. Although, insurance will pay for nutrition appointments…

So now I will see Endo #4. Four physicians in just about seven years. As I’ve written before, I don’t do this – this doctor changing stuff… But… as I learned while raising children, we HAVE to advocate for our children and if we’re going to do that, why not ourselves?

And yup, Christmas was awesome and a lovely day. I ate too much and have the numbers to prove it (and I’m not taking a Dexcom photo!) but as I write this, it’s down to 133 so, not so bad.

Nicest part of the day? Woke up at 59 and had OJ and a cookie at 6am! Merry Christmas to me! See, there is a Santa Claus!

And just for fun. The first year we were married – I called my parents on Christmas morning and asked, “Is it time to get up yet?” I can still hear their laughter. 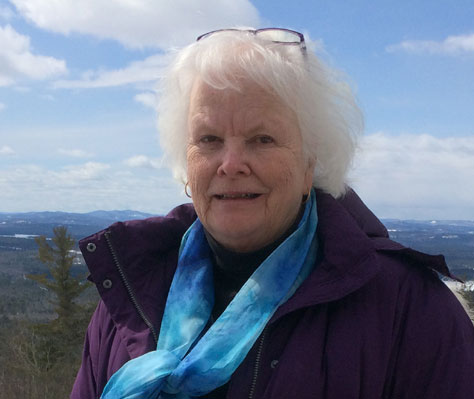